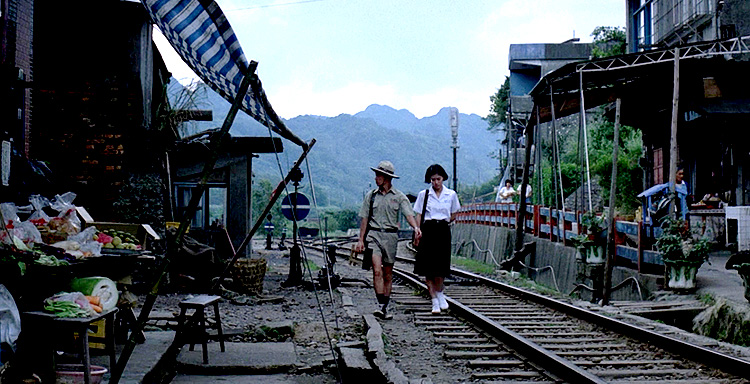 Master filmmaker Hou Hsiao Hsien directs this wistful story about lost love and lost innocence among Taiwan’s working class. Wan (Wang Chien-wen) and Huen (Hsin Shu-feng) are high school sweethearts living in a down-and-out mining community of Jio-fen in Taiwan’s backwaters. Too poor to continue their education, the two drop out of school and move to Taipei to find employment. When Wan’s father learns of his son’s decision, he simply says, “When you are willing to make yourself an ox, there will always be someone with a plow.” Huen finds work as a seamstress. Wan becomes a printer’s assistant and then a motorcycle delivery boy. The time passes as they work all day, pursue their studies at night school, and spend their scant free time drinking with their friends ? all working similarly menial jobs. One friend is beaten with an iron bar by his abusive boss; another has his finger chopped off in a machine. One by one, these friends are called up for their obligatory two years of military service. One day, while taking Huen shoe shopping, Wan has his bike stolen. Furious and out of a job, Wan wanders around the streets of Taipei until he contracts bronchitis. Huen lovingly nurses him back to health. Then he gets called up for military service.