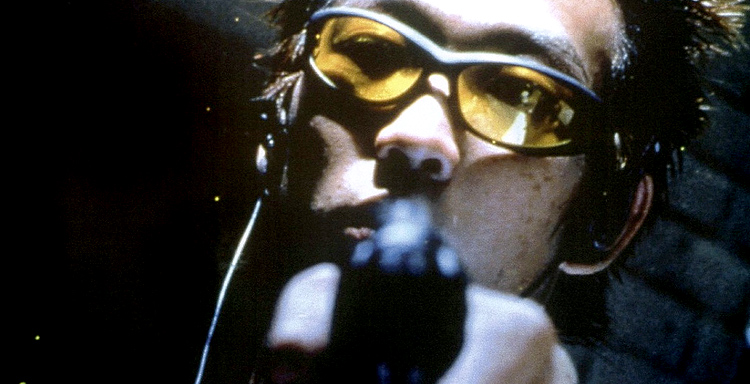 Autumn Moon is one step short of a triad, and an ocean removed from respectability. A go-nowhere, no-nothing nobody, Moon is the boss of his own gang, which has one member, a retarded fellow named Sylvester, and passes his time playing basketball and collecting debts for local triad Wing. Marginalized by society and perhaps his own poor self-image, Moon nonetheless attempts to make his mark on the world, finding direction in his love for Ping, a young girl suffering from renal failure, and a chance connection to Susan, a school girl who committed suicide. Moon’s quest for personal significance is full of startling violence, lyrical emotion and surprising irony, and director Fruit Chan’s camera is right there, infusing this street level Hong Kong tale with a vibrant and affecting immediacy. Made in Hong Kong succeeds on multiple levels – as a tale of disaffected youth, as a rude answer to the gangster-glorifying Young and Dangerous films, and as an affecting portrait of what it means to be born, bred, and buried in Hong Kong.