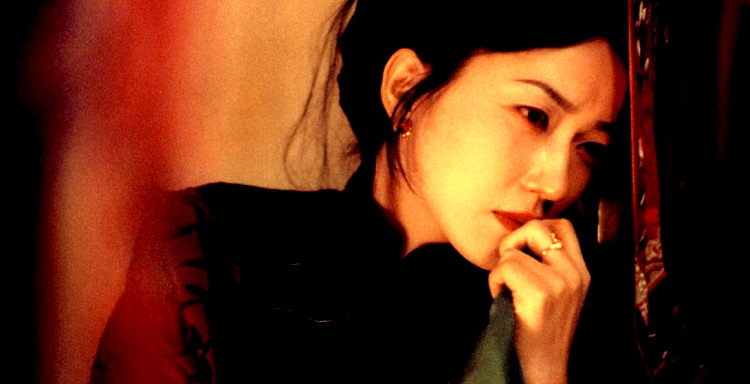 After a long line of films interrogating Taiwan’s past and present, Hou Hsiao-hsien turned to 19th-century China, adapting Han Bangqing’s late Qing novel on the upscale brothels of Shanghai’s foreign concessions. Denied permission to shoot in the city itself, Hou made his film entirely in a studio — befitting the cloistered, microcosmic world of the courtesans and their patrons — and reduced the novel’s sprawling cast to a handful of central characters. Cantonese civil servant Wang has hit a rough patch with long-term companion Crimson and looks to her younger rival Laelia; haughty Emerald (Michelle Reis) connives with Luo to buy out her contract; and up-and-coming Jade resists experienced elder courtesan Pearl, and has a liason with the naive Zhu Shuren. These relationships — governed by strict codes of money and power — are conveyed in appropriately sensual yet rigorous style: carefully choreographed camerawork by Lee Ping-bin, a minimal editing scheme (37 shots, each bracketed by fades), and haunting leitmotifs from composer Hanno Yoshihiro.