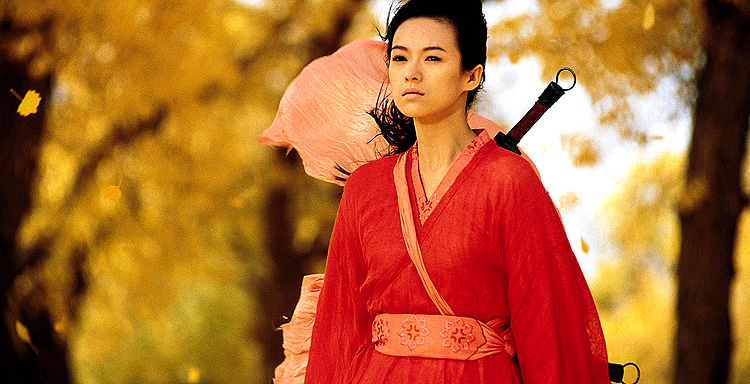 Director Zhang Yimou brings the sumptuous visual style of his previous films (Raise the Red Lantern, Shanghai Triad) to the high-kicking kung fu genre. A nameless warrior arrives at an emperor’s palace with three weapons, each belonging to a famous assassin who had sworn to kill the emperor. As the nameless man spins out his story—and the emperor presents his own interpretation of what might really have happened—each episode is drenched in red, blue, white or another dominant color. Hero combines sweeping cinematography and superb performances from the cream of the Hong Kong cinema (Maggie Cheung, Irma Vep; Tony Leung Chiu-Wai, In the Mood for Love). The result is stunning, a dazzling action movie with an emotional richness that deepens with every step.