Lou Ye (born 1965 in Shanghai) is a Chinese writer-director who is commonly grouped with the Sixth Generation directors of Chinese cinema and was banned from filmmaking by the Chinese government for five years as a result of controversy surrounding his film, Summer Palace. Born in Shanghai, Lou was educated at the Beijing Film Academy. In 1993, he made his first film Weekend Lover, but it was not released until two years later in 1995. Lou, however, did not gain international prominence until his second film, the neo-noir Suzhou River. That film dealt with questions of identity and proved quite controversial upon its release in China. Upon its release, international audiences praised Suzhou River, which several critics felt evoked Alfred Hitchcock’s Vertigo, particularly in how both films focus on a man obsessed with a mysterious woman. 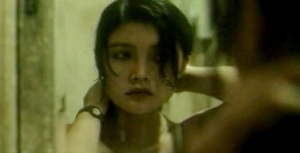 Films that need to be added : Don’t Be Young.