Li Yu (born December 2, 1973 in Shandong) is a female Chinese film director and screenwriter. Li began her career in entertainment at a young age, serving as a presenter at a local TV station. After college she worked for CCTV where she directed television programs before moving onto documentaries and, eventually, feature films. Since Li Yu’s debut film Fish and Elephant, she has developed a unique space in Chinese cinema, one where a commercially viable independent art film can thrive. Her style is free, vibrantly alive, with a heightened, expressive naturalism perfectly in tune with her film’s buoyant spirit. 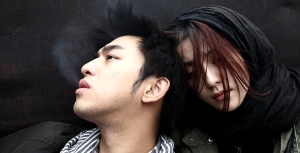 Films that need to be added : Fish and Elephant.