Lin Hsiao-yang, tries to keep her family together while working as a waitress at KFC and going to night school. Her mother and older brother are dead. Her father works out of town. It’s up to Lin Hsiao-yang to take care of her pre-teen sister, who has already begun to steal, and a brother who is a burglar and gang member. The title is a reference to a character in a manga called Crest of the Royal Family who is hailed as Daughter of the Nile. The film is a study of the life of young people in contemporary Taipei urban life, focusing on the marginalised figure of a woman and centered on a fast-food server’s hapless crush on a gigolo. The introductory sequence suggests a parallel between the difficulties faced by people in the film (Taiwan’s urban youth, transitioning from a classical civilization into a changing world) and the mythic struggles of characters in the Egyptian Book of the Dead. 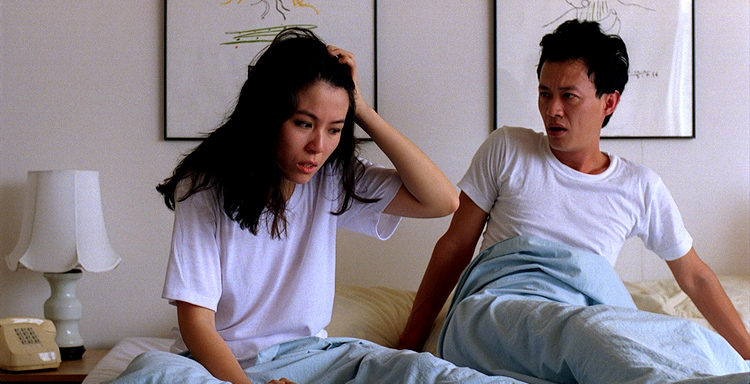 Ostensibly inspired by a documentary on a German terrorist group, Edward Yang’s austere third feature discovers, hidden within the stillness of human emotion, a terror far more brutal than any moment of physical violence. Bookended by images of guns and corpses, the film’s true focus is on the violence enacted in everyday relationships, whether between lovers, coworkers, or strangers. The narrative weaves intricately among three scattered groups of characters: a doctor and his novelist wife, a mopey female hoodlum, and a love-struck photographer, all threaded together by one prank phone call and a sense of deceit and lingering entropy. Yang said the film was “built rather like a puzzle; the spectator can rearrange it in his head when he gets home.” It is the inescapable feeling, not the telling, of the story that matters. Indeed, the gunshots at the beginning and end seem interchangeable, almost anticlimactic, rendered quaintly obsolete by the film’s painstakingly traumatic layering of human relations and their emotional violence. 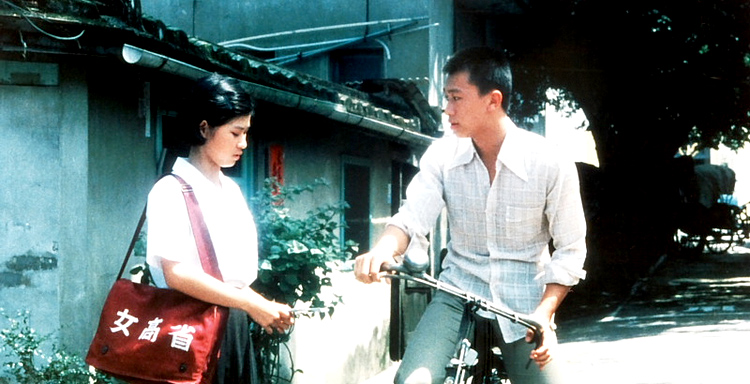 Hou Xiaoxian’s overwhelmingly moving film is at least 70% autobiographical: these are remembered scenes from his own mischievous childhood and near-delinquent adolescence, and the fact that he speaks the opening and closing voice-overs himself confirms the intimacy and candour of the memories. But this is also the story of an entire generation, the generation of Mainland Chinese who settled in Taiwan in the late 1940s and then found themselves unable to return home after the Communist victory of 1949. A story then, of displaced persons and displaced emotions, in which traditional family bonds suffer the pressures of exile and social change and begin to crack under the strain. It’s a story never before told on film, and certainly never visualised in images of such measured warmth and beauty.