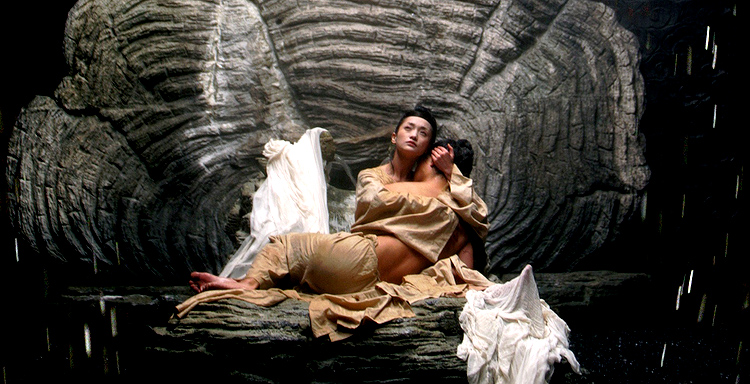 In 907 AD, the Tang Dynasty is in tatters; infighting snarls the imperial family. Crown Prince Wu Luan loves Little Wan, but his father takes her as his Empress. Wu Luan goes into exile, studying dance and music. His uncle murders his father, taking throne and Empress; uncle sends assassins to kill Wu Luan. The Crown Prince eludes death and comes to court. The Emperor arranges for Little Wan’s coronation and dispatches Wu Luan to a distant land; he then calls for a midnight banquet on the 100th day of his rule. Poison, treachery, Wu Luan’s return, and the love of the innocent Qing for Wu Luan set up the final entanglements. No Fortinbras or Horatio lay the dead to rest.