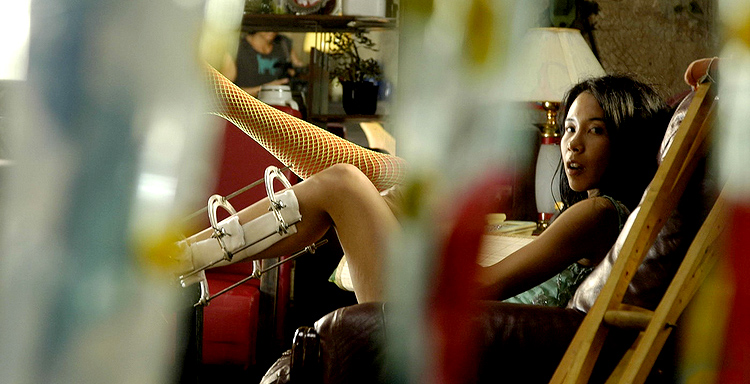 After a fast turn on the night road, cabbie Wu Tao drives right into the Yangtze River and apparently drowns, though his body is nowhere to be found. His passenger, club hostess Su Dan, is left with a severely fractured leg. Unable to pay mounting hospital bills but determined to take responsibility, Wu Tao’s wife Li decides to take in Su Dan, and care for her during recuperation. Though Li’s angsty teenaged son Xiao Chuan is initially less than thrilled with the loud and demanding guest, some odd semblance of normalcy settles while relationships change; Li befriends a younger man, and Xiao Chuan falls for the older Su Dan. But as the days pass in that hot and cramped flat, the ambiguous connections and unspoken tensions among the increasingly infatuated Xiao Chuan and the mutually weary Su Dan and Li begin to drive lives in unexpected directions, and hearts to unanswered questions. Spring Subway and Curiosity Kills the Cat director Zhang Yibai helms the intriguingly titled and even more intriguingly told Mainland Chinese drama Lost, Indulgence. Set amid the rapid industrialization and hellfire heat of Chongqing, the film stars Eric Tsang, Eason Chan, Karen Mok, and Karen Mok’s legs, as well as Mainland actress Jiang Wenli and newcomer Tan Jianci. Though framed by a plot puzzle that pushes and pulls from all directions, Lost, Indulgence maintains a solid, subtle, and engaging narrative core revolving around the emergent relationships and identities of each character. Jiang Wenli and Karen Mok, in particular, delivering outstanding performances as two very different women who may share more than they say. Indeed, Lost, Indulgence is the rare film in which what is not revealed is as, and perhaps more, important than what is.

Adapted from Wang Anyi’s award-winning novel, the film follows the life of a legendary Shanghai beauty, Wang Qiyao, whose fading glamour is mirrored by the prosperous growth of the city of Shanghai. The film co-stars Tony Leung Ka Fai, Hu Jun, Daniel Wu, and Huang Jue as men who fall for Wang Qiyao. Yet those she loves just leave her one after another when she grows old, and eventually she herself has to face what fate has prepared for her. The metropolitan city is perhaps the only thing that can survive all the drastic changes and remain forever young… Everlasting Regret resembles Stanley Kwan’s Center Stage thematically for both detail the rise and fall of a Shanghainese woman, but Everlasting Regret ambitiously covers a longer period from 1940s to 1980s, almost half a century. The nostalgic mood of the film reminds of Kwan’s best-known piece Rouge. Art Director William Chang, famous for creating a nostalgic atmosphere in Wong Kar Wai’s In the Mood for Love and 2046, successfully reconstructs the lifestyle of old Shanghai. 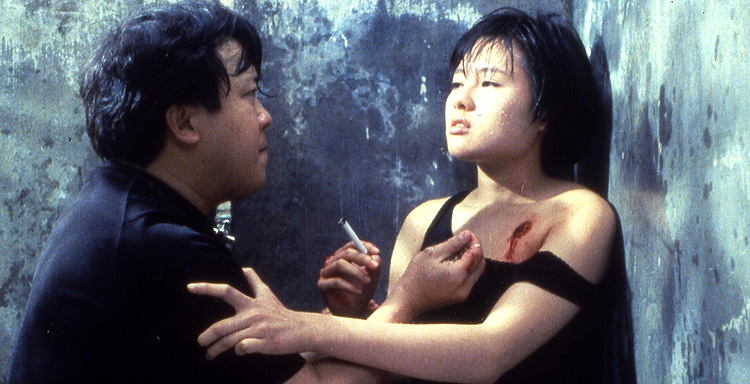 Patrick Tam, director of the award-winning After This Our Exile, first made his name for creating artistically acclaimed movies with his daring 1982 work Nomad. His 1987 movie Final Victory is definitely worth re-visiting. Internationally renowned director Wong Kar Wai, yet to make his directorial debut at the time, co-wrote the script of Final Victory with Patrick Tam and Winnie Yu. Also a Hong Kong New Wave director, Tsui Hark stepped down from his director’s chair to take up the male lead alongside Eric Tsang, now one of the most representative actors in Hong Kong, and sexy actress Loletta Lee. Eric Tsang stars as the shy and timid Hung who has to choose between brotherhood and love. Tsui Hark portrays triad gangster Bo, who asks Hung, his younger sworn brother, to take care of his two mistresses, Ping and Mimi. But Hung soon falls in love with Mimi, and he realizes that their romance, if known to Bo, will end their brotherhood which he also treasures.