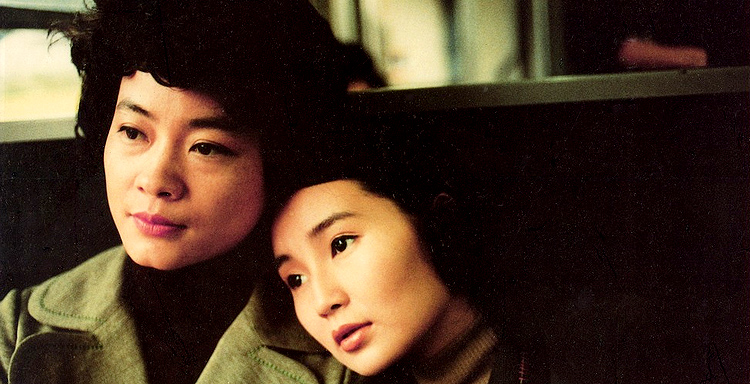 In Song of the Exile, renowned Hong Kong director Ann Hui tells us a sentimental story that is partially based on her own life story. The film, made in 1990, stars acclaimed actress Maggie Cheung, Asia Pacific Film Festival Best Actress Lu Hsiao-fen, and Hong Kong actor Waise Lee. The highly acclaimed film received several nominations in the Hong Kong Film Awards, and won Best Original Screenplay at the 27th Golden Horse Awards for Wu Nien-jen’s script. Shot in China, Hong Kong, Macau, Japan, and the UK, the film is a sweeping tale of love and understanding between a daughter and her mother. After the World War II ended, Japanese girl Aiko married a Chinese military officer against the wish of her family, but her husband soon moved to Hong Kong, leaving her alone in China. Aiko’s relationship with her elder daughter Hueyin had been estranged, until they visited her hometown in Japan together for the first time, when Hueyin finally understood what it felt like to be an exile in a strange land.

Two friends, Ho and Mark, are triads in a counterfeiting operation who end up doing ‘one more job’ and what do you know, this one more job gets messier than they had hoped. Mark returns as a cripple and Ho ends up doing some porridge. This is further complicated as Ho’s younger brother Kit is an aspiring young police officer. As the violence escalates, the lines between lawful and otherwise start to blur if favour of heroic loyalty between brothers.

Hou Xiaoxian’s overwhelmingly moving film is at least 70% autobiographical: these are remembered scenes from his own mischievous childhood and near-delinquent adolescence, and the fact that he speaks the opening and closing voice-overs himself confirms the intimacy and candour of the memories. But this is also the story of an entire generation, the generation of Mainland Chinese who settled in Taiwan in the late 1940s and then found themselves unable to return home after the Communist victory of 1949. A story then, of displaced persons and displaced emotions, in which traditional family bonds suffer the pressures of exile and social change and begin to crack under the strain. It’s a story never before told on film, and certainly never visualised in images of such measured warmth and beauty.