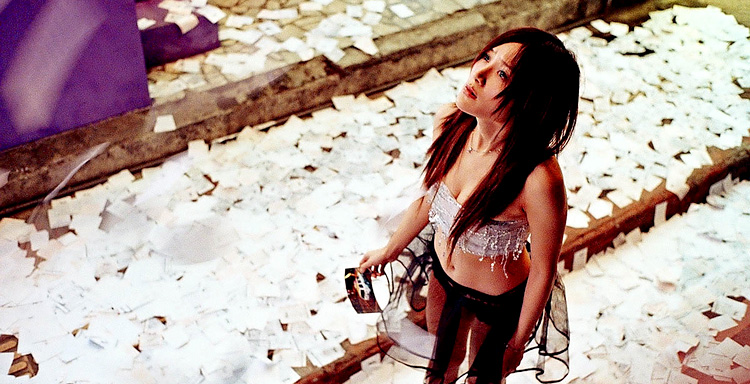 Ah Jie lost everything in the stock market due to a severe economic crisis. He now spends his days in his sealed apartment, smoking joints and looking after the marijuana plants that he secretly grows in his wardrobe. In desperation, he calls a suicide helpline and gets to know Chyi, whose sweet and gentle voice causes him to fall in love with his fantasized image of her. He tries to ask her out but is repeatedly rejected. He begins projecting his fantasy of Chyi on Shin, the new girl working at the betel nut stall downstairs. Shin is always sexily dressed in order to lure male customers. He becomes closer to her and soon the two of them sink into a world of erotic and psychedelic pleasures. At the same time, Ah Jie begins to stalk Chyi.