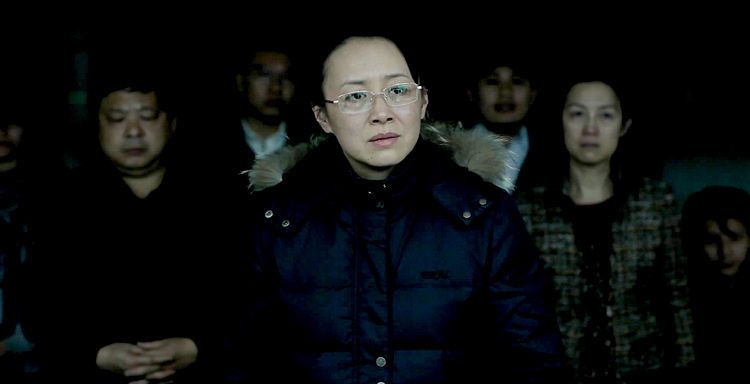 Inspired by the notorious case of a young man’s 2008 murder of six Shanghai police officers, the remarkable new film from independent Chinese auteur Ying Liang focuses on the killer’s mother, as she both struggles to comprehend her son’s heinous act and is persecuted by a state that willfully ignores its own laws. 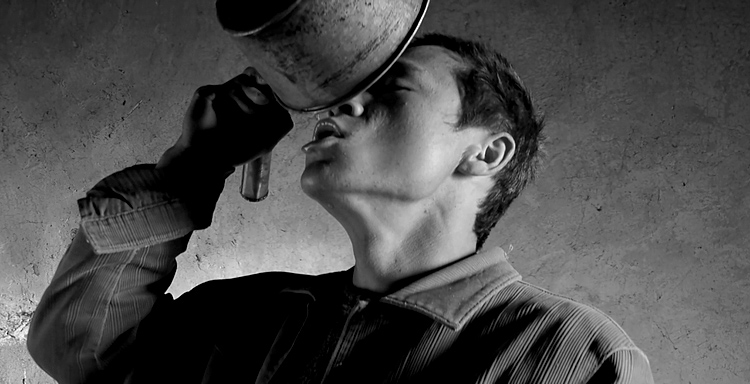 Not everything is progress in China. Less and less rain means that the inhabitants of Inner Mongolia have to do everything to survive. For instance, sell their own blood. And in order to sell enough blood, you have to drink. A drama of fate shot in impressively expressive black-and-white. In a remote mountain village in the northwest of China, close to a nuclear test zone, the poverty-stricken Xiaolin sells his blood to pay his daughter’s school fees. Together with his wife Xiaojuan, he tries to set up a business. At first that seems very lucrative, but then fate strikes: it turns out that both Xiaolin and Xiaojuan are infected with HIV. Just like thousands of other poor people, who illegally sell their blood to be able to buy something as essential as water. Black Blood, supported by the Hubert Bals Fund, tells a small and personal story against the background of an ecological disaster. In the valley where the film was shot, there is also in reality no water anymore. ‘Water is more valuable than blood and many villages have already been deserted,’ according to Zhang Miaoyan. Zhang films the poor odd-jobbers for more than two hours in hypnotic black-and-white and – very briefly – in equally stunning colours. 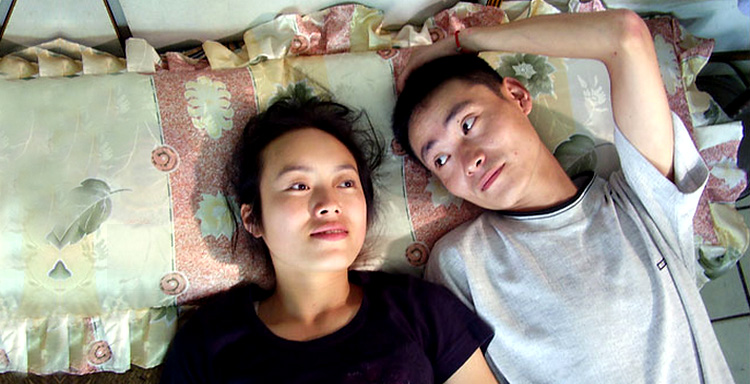 Xiaofen works as a clerk in a law office in the industrial city of Zigong. Her unending daily routine is to record clients’ claims, complaints and arguments in cases ranging from divorces and spousal abuse to medical malpractice and industrial accidents. Xiaofen’s life has its own crises: her boyfriend, Deng Gang, is released from prison but quickly gives in to the gambling bug that put him there; her mother pressures her into a date with a suitor whose main interest is showing her bland business photos on his laptop computer; and she finally meets her estranged father. All these incidents build to a momentum when Deng Gang is suspected of murder and disappears, and the city is threatened by toxic pollution after an explosion in a chemical plant. In the ensuing evacuation, many people go missing. Uncertain of her future, Xiafen walks down empty streets while a public address system intones the names of the missing. The enigmatic end sequence seems to plead for a reverse of this erosion and loss of community, and suggests that some good may come from all this misfortune. With deadpan humor, deeply felt sensitivity and social commentary, director Ying Liang establishes the authorial voice promised in his short films and first feature, Taking Father Home. Here, he cleverly mixes major and minor crises, personal and political dilemmas, to create a chilling reflection on life today.

Xiao Bo lives in a world where the lines defining men from women are constantly dissolving. He kneels at the deathbed of his father who has become a woman, and whose dying wish is to have oral sex with his/her son. His boyfriend “Nana” has also undergone a sex change, but Xiao Bo no longer finds her attractive as a woman. A sexual chain reaction ensues that wreaks havoc on traditional Chinese roles that govern male and female, parent and child. Filmmaker, novelist and queer activist Cui Zi’en caused an international sensation with his shockingly transgressive debut. Inspired by the likes of Andy Warhol and Rainer Werner Fassbinder, but set within a specifically Chinese context, Enter the Clowns is “a movie that says everything you know about sexual identity and gender orientation is wrong” (Tony Rayns, Time Out). “Cui may be unique as China’s first gay filmmaker, but it is… in the international pantheon of queer filmmakers that we must ultimately locate him” (Chris Berry). 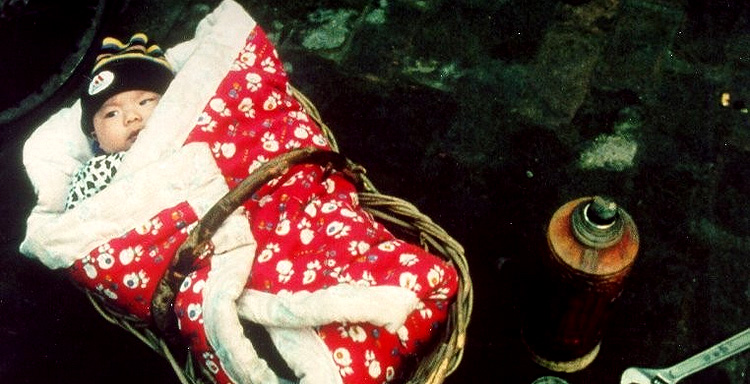 A prostitute from the Northeast, desperate and unable to make ends meet, abandons her baby. An unemployed factory worker decides to take the child for the 200 yuan a month in child support promised by its mother. His early attempts at child-rearing are somewhat painful to watch, but also charming and amusing. Eventually, he and the mother become friendly and it seems that the child will be raised in a sweetly unorthodox family. However, when the woman’s pimp, a local gangster, not only finds out that he may have fathered the child, but also that he is dying of cancer, he decides that he must adopt the baby – and is willing to resort to violence if necessary.

Pawnshop manager Lin Tung-Ching’s life has become too unpredictable since the lifeline of his left hand was damaged in a motorcycle accident. His girlfriend Eiko is desperate to find a way to help Tung-Ching retrieve his lifeline. She suggests they take customers palm prints, so she can practice her palm-reading. Even though Eiko is helping him, Lin feels attracted to a another girl, one who came to collect her pawned watch. He manages to meet her without Eiko knowing.

In 21st Century Taipei, a restless city where young souls are set adrift, Feng and Fei-fei meet in a sudden summer afternoon thunderstorm. Feng, fresh out of the army, has just made a beeline for Taipei, eager to start a new life. Fei-fei has also recently turned a new page in her young life, having just run away from home. Fei-fei teams up with her friend, Yili, who works at a nightclub. They become “betelnut beauties” hawking their fare from a roadside stall of glass and neon. Betelnut, a legally sold chewing pepper that produces an effect not unlike marijuana, is a favorite among the working class men. Feng and Fei-fei quickly fall in love, two clueless souls clinging desperately to each other as they try to keep up with the punishing rush of city life.

A stunning and demanding film that takes the audience into the world of Beijing’s artistic avant-garde in the late 1980s and early 1990s. A daring young artist in Beijing is obsessed with performance art and makes his own suicide his last work of art. On the longest day of the year he plans to melt a huge block of ice with his own body heat and die of hypothermia. He calls this protest against the coldness of society “Funeral on Ice.” Based upon a similar performance staged in Beijing and shot in 1994, “Frozen” is a unique work even among independently produced Chinese films.