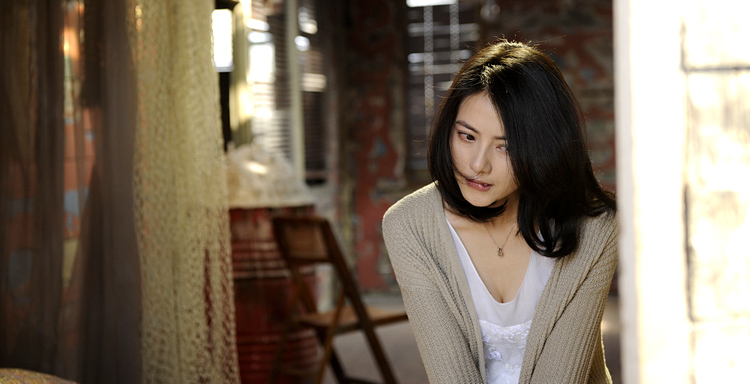 The story of three women whose worlds collide, Caught in the Web is a social commentary about the ‘sound bite’ society we are becoming, where perception becomes reality and judgments based on limited facts quickly spread, without regard for the truth or the damage they could cause.

For more than four generations the members of the Zhao clan have held the highest positions in the land. Zhao Dun is currently chancellor and his son, Zhao Shuo, a general in the royal army. He is married to the king’s older sister, Zhuang Ji. Tu’an Gu, the Zhao’s arch-enemy, is not content to accept the clan’s power and influence; he incites a massacre which decimates the entire Zhao clan – over 300 members of this family fall victim to the carnage which leaves no-one alive. As her husband faces death, Zhuang Ji goes into labour and gives birth to the last Zhao. She dies in childbirth and the doctor, Cheng Ying, takes the baby into his care. This news reaches Tu’an Gu and, angered that his plan to wipe out the clan might be thwarted, he takes all the babies of the city hostage until the last descendant of the Zhao is found. The doctor Cheng Ying has also just become a father. When Tu’an Gu’s soldiers arrive to take away his son, his wife hides her own child and gives the soldiers the little Zhao, pretending that he is her child. Shortly afterwards they find the baby that Cheng Ying’s wife was hiding. Taking him to be the last member of the Zhao clan, Tu’an Gu has the boy killed. The townsfolk’s children that were being held hostage are given back to their families. The last Zhao now grows up as Cheng Ying’s son in the doctor’s house. Years go by. Cheng Ying decides to take his step-son with him to serve at Tu’an Gu’s court. Tu’an Gu becomes a patron of the last Zhao. But Cheng Ying has other plans in mind – plans in which his step-son will play a central role.

Acclaimed Fifth Generation director Chen Kaige brings the tumultuous life of Peking Opera legend Mei Lanfang to the big screen in the highly anticipated biopic Forever Enthralled. The inspiration for Leslie Cheung’s character in Chen Kaige’s 1993 masterpiece Farewell My Concubine, Mei Lanfang was one of the greatest Peking Opera stars of modern China. An actor who specializes in female roles, he was renowned for his great beauty on stage and performed extensively around the world, famously introducing Peking Opera to Western audiences. Pulling viewers into a riveting world of musical allure and historical tumult in early 20th century China, Forever Enthralled follows Mei Lanfang’s amazing, inevitable rise to fame – from his bold challenges against his teacher as a teenager, to his US tour that brought New York to its feet, and finally to his refusal to sing during the Japanese Occupation period. Portrayed in youth by newcomer Yu Shaoqun and in adulthood by Hong Kong star Leon Lai, Mei Lanfang embodies the professional and emotional struggles of a man whose life belonged not to himself, but to the stage. 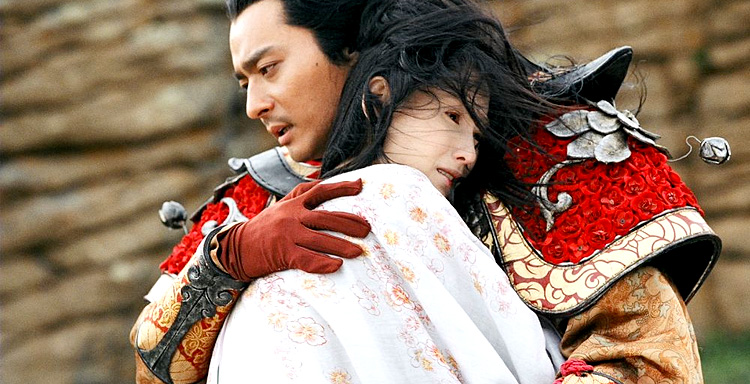 When the world was young, laid a Kingdom between the Land of Snow and the Barbarian Territory where gods and men lived side by side and promises were lies. When the poor and starving orphaned girl Qingcheng meets the Goddess Manshen, she accepts to become the wealthy beauty of beauties with the curse that she would lose every man she loves, unless three things happen: snow falls in the spring, time moves backwards and the dead comes back to life. Years later, the slave Kunlun helps the Great General Master of the Crimson Armor Guangming to defeat a barbarian army with almost seven times more warriors, and Kunlun becomes his slave. When Guangming is wounded, he asks Kunlun to wear his armor and save the king from the cruel Duke of the North Wuhuan that put the Imperial City under siege with his army. However, Kunlun kills the king to save Princess Qingcheng and promises her to never let her die. Princess Qingcheng falls in love for the man of the crimson armor that she believes is General Guangming. When Snow Wolf saves Kunlun and brings him to the Land of Snow, he recollects his childhood when his mother and sister were killed by the evil Wuhuan. Kunlun decides to return to the Kingdom to face Wuhuan and fight for his love.

Chen Kaige, director of the Oscar-nominated Farewell My Concubine, composes a richly imagined and “tender symphony” (Screen International) about love, ambition and destiny in China’s high-pressure world of classical music. Surging with “warmth, humanity and a sense of humor” (The Hollywood Reporter) , this lyrical, enchanting “heartwarmer” (Variety) is a “sure fire crowd pleaser” (Los Angeles Times)! When a violin prodigy Xiaochun and his father head to Beijing seeking fame and fortune, they soon discover a fierce world of cutthroat ambition. But when Xiaochun is “adopted” by a famous music tutor, success finally seems within reach – until a shocking discovery begins to unravel his entire world, and the boy must make the most difficult choice of his life. Can he achieve the fame his father had always hoped for without losing the extraordinary passion that sets him apart? 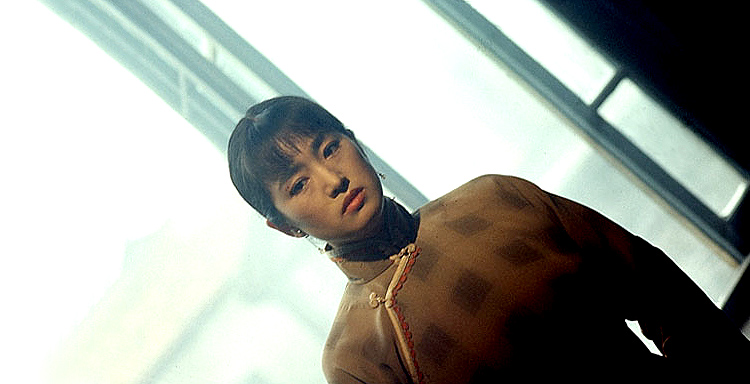 Farewell My Concubine is a 1993 Chinese film directed by Chen Kaige, is one of the central works of the Fifth Generation movement that brought Chinese film directors to world attention. Similar to other Fifth Generation films like To Live and The Blue Kite, Farewell My Concubine explores the effect of China’s political turmoil during the mid-20th century on the lives of individuals, families, and groups, in this case, two stars in a Peking opera troupe and the woman who comes between them. The film is an adaptation of the novel by Lilian Lee. Lilian Lee is also one of the film’s screenplay writers.

A blind master wanders through a mythic landscape of a terrific beauty to play his songs and sing his ballads. His whole life he’s had one hope, one dream of another world: According to a prophecy he shall be able to see, if he has broken 1000 of his banjo strings. His blind disciple, on the contrary, doesn’t want to rely on one hope. He longs for a woman’s love… Does sight await the saint when the 1000th string breaks? Can the disciple’s strength of character overcome provincial prejudice to win the hand of his love and a place in the village? 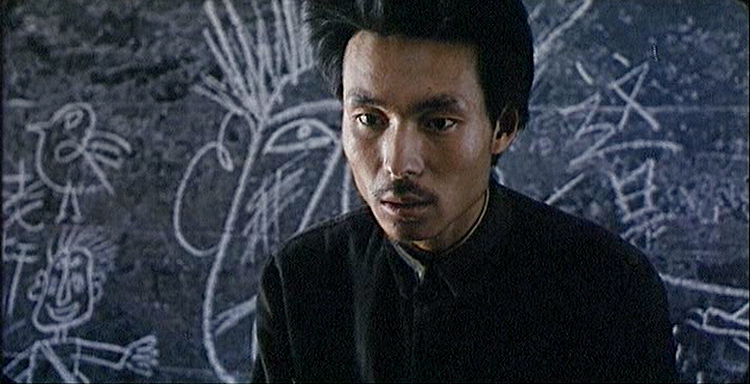 This film is adapted from the novel of Ah Cheng. During the Cultural Revolution, there is a shabby school in a remote mountain area short of teachers. An educated youth, “Old Cha”, though young but has been living and working here for seven years, is chosen to be the “King of the Children”, that is a teacher. With no books, he will copy the books; without textbook, his dictionary is the holy Bible. The children are prone to read critical articles, but they are not literate. Then the king of the children teaches them how to spell the words and write a composition. Finally, the king of the children violates the educational contents and is dismissed, ending up again as the Old Cha. 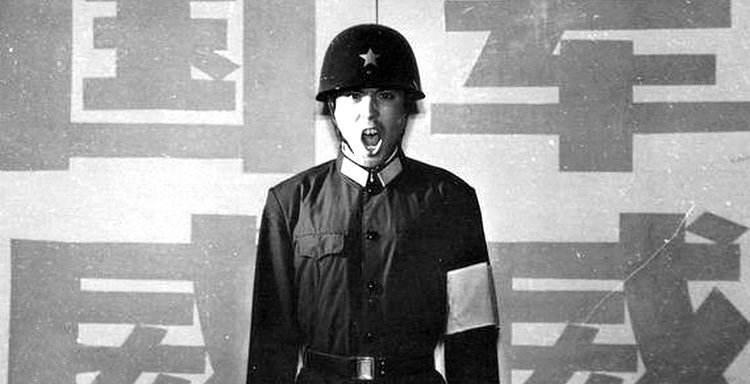 For eight months in 1985, 10,000 Chinese men and women underwent a grueling training program to prepare for a parade celebrating the 35th anniversary of the founding of the People’s Republic. The drilling was harsh and unsparing: The rookies were required to maintain formation for three hours in the sun, to march in torrential rain, to stand at attention on one foot. Chen Kaige, a member of the noted Fifth Generation of young Chinese filmmakers, won acclaim throughout the world for Yellow Earth. But some of his supporters took him to task for The Big Parade, which they saw as glorifying the martial spirit. The film, however, evidently failed to please the authorities too; it was shelved for two years and a new, presumably more positive ending, was required. Chen says that his motive was neither to extol nor to criticize military virtues. “To put it simply, our primary concern is the relationship and the problems that arise between individuals and the group, personality and communal spirit, man and his environment, in a constantly changing world. What we studied is not what the big parade achieved, but the social psychology that surfaced in the training program.”

A first feature by the 32-year-old Chen Kaige, Yellow Earth is the breakthrough film that the Chinese cinema has been needing for many, many years. It is set in the arid hills of Northern Shaanxi in 1939. A soldier arrives in a mountain village and is billeted with a poor widower and his daughter and son; the soldier has been sent from the Communist base at Yan’an to collect local songs as examples of peasant culture. He is disturbed and baffled by much of what he finds in the village and when he learns that the widower’s 12-year-old daughter is to be forced into a marriage, he realizes helplessly that he is a powerless to intervene…. The film’s political candor matches its aesthetic daring. The images, exquisitely composed, derive from the traditions of Shaanxi peasant painting and Chen uses them as the basis for a film “language” unlike anything else in contemporary cinema. The summit of his achievement is that he makes his new language sing.