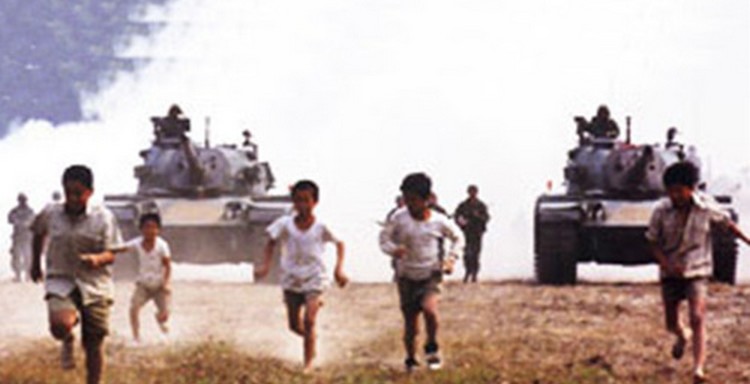 In a sleepy part of rural Taiwan in the late 1960s, the life of a village is shattered when Uncle Sam arrives in tanks. The Yanks are there to take part in joint military exercises with Taiwanese troops, but the villagers take their compensation by direct methods – they steal anything that can be moved. One of the film’s great strengths is the way that writer Wu Nien-jen, in only his second feature as director, shades the comic tone. The film’s main character, Brain (Lin Cheng-sheng, himself a director), condemns the rampant theft but turns against the Americans when they take him for a beggar. He steals two huge boxes, not knowing what they contain.

Li Tien Lu is the world’s most famous puppet master. Born in Taïwan on the wake of World War I, he lived through the Japanese occupation, and American bombings of his country. Now eighty-four, reflects on the forces that shaped his life: “My hands breathed life into my puppet figures. I created them and directed the drama of their fates, almost as though I were God himself. But the reality is that, with someone above me pulling the strings, I, too, am a mere puppet…”