The film begins in the fall of 1948 and ends in the winter of 1950 in Shanghai. What happened in Shanghai when the Kuomintang and the Communist Party of China were at war, in other words, during the Chinese Civil War? Peng returns to this most confusing time in Shanghai and pulls out the history of those days. The protagonists are mainly Huirong, Zhaobai, and Jikan, who have studied business management in the USA and have returned to their hometown, Shanghai. Huirong and Zhaobai are engaged, and although three of them are close friends, problems arise when they find out that their opinions clash on the matter of what the objective for building a new China should be and what direction it should take. Huirong is an anti-American communist who protects his father’s factory in order to clothe the Chinese people in Chinese clothes, while Jikan is an economist working at the Ministry of Finance of the Kuomintang, and Huirong’s husband Zhaobai is a freelance photographer for foreign media. The film dramatizes just how past friends are divided into the anti-American communist woman and the Kuomintang man, and an observing man who watches all the confusion, in the midst of all the chaos of the times, the ban on gold trading, inflation, and the anti-Kuomintang students’ movement, and how they fall into the pit of history where they kill each other and are killed. The nightline of Shanghai today which continues to shine beyond Zhaobai, the only survivor, seems even more superficial. By continuously making use of night scenes and hazy smoke, this is an epic that illustrates the reality of Shanghai, which has fallen into a deep pit, and the future of China at the time, hidden behind thick smoke. 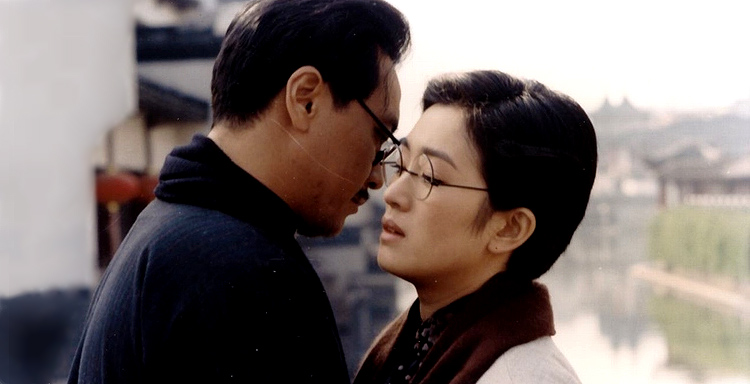 The rise of a Chinese painter Pan Yuliang (1899-1977) as she went from prostitute to famed artist in Paris is the focus of this Chinese biography. The film opens with then 12-year old Pan working in a brothel in a small rural town. She is soon hired to become a prostitute after the head hooker retires and is killed. She meets her eventual husband, Zanhua, on her very first night. He already had a wife, but he married Pan anyway, and they moved to the city where Pan studied painting at the Shanghai Arts Institute. The institute is closed after a series of demonstrations of people resenting foreign influences on Chinese art, and from those against the use of nude models. Pan still does nude portraits, but uses her body as the model. She becomes famous after her self-portrait “Bathing Woman” wins a French prize. Since her husband earlier went back to his former wife, Pan is free to move to Paris where her work continued to garner critical acclaim. In China her work was never recognized because they classified it as “depraved.”