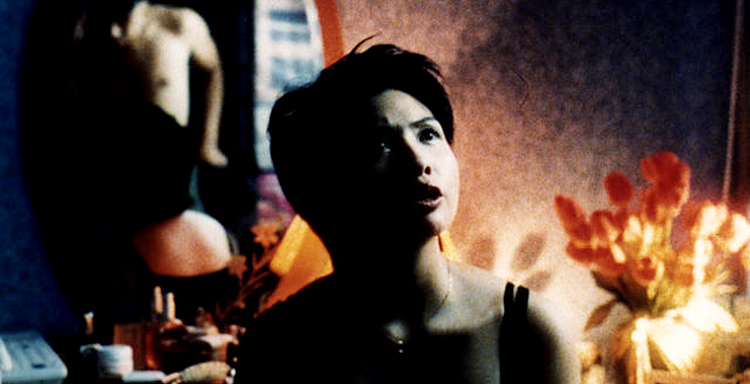 Adapted from Wang Anyi’s award-winning novel, the film follows the life of a legendary Shanghai beauty, Wang Qiyao, whose fading glamour is mirrored by the prosperous growth of the city of Shanghai. The film co-stars Tony Leung Ka Fai, Hu Jun, Daniel Wu, and Huang Jue as men who fall for Wang Qiyao. Yet those she loves just leave her one after another when she grows old, and eventually she herself has to face what fate has prepared for her. The metropolitan city is perhaps the only thing that can survive all the drastic changes and remain forever young… Everlasting Regret resembles Stanley Kwan’s Center Stage thematically for both detail the rise and fall of a Shanghainese woman, but Everlasting Regret ambitiously covers a longer period from 1940s to 1980s, almost half a century. The nostalgic mood of the film reminds of Kwan’s best-known piece Rouge. Art Director William Chang, famous for creating a nostalgic atmosphere in Wong Kar Wai’s In the Mood for Love and 2046, successfully reconstructs the lifestyle of old Shanghai.