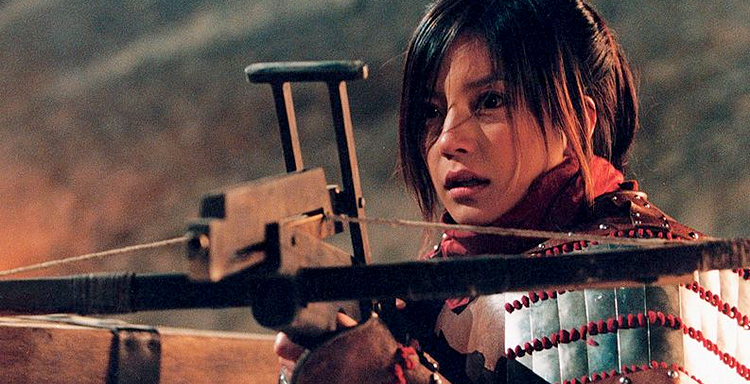 North of the vast 8th century Tang dynasty Chinese empire, the commercially and culturally priceless silk route is controlled by 36 friendly Buddhist kingdoms. Their are threatened by Turkic nomad tribes, the caravans also by brigand bands. Japanese scholar Lai Qimay not return home until the emperor is satisfied with his missions to retrieve refugees from the barren border lands. The last is competent imperial lieutenant Li, who was proscribed for refusing to execute Turkic prisoners. He now lives among fellow warriors for hire as caravan escorts. Lai Qi and Li reach a gentleman’s agreement to postpone their lethal duel till after the safe arrival of a caravan including a young Buddhist monk and his mysterious freight. When Turkic warlord Khan’s daughter’s hand seals an alliance with brigand sword master An, the only way out is trough the grimly dry Gobi desert.