China, the modern day. I: Yang Zheng recalls how he graduated in 1999, contacted his onetime college girlfriend Wenhui in the US in 2001 and married her when she returned to China in 2003. Since he has become a successful CEO, she has become a full-time housewife. But one evening, when he comes home intending to watch his favourite sports programme on TV as usual, suddenly he doesn’t recognise the woman he married. And when he moves out to a hotel, she doesn’t come looking for him. II: Wenhui, divorced and with two young twin sons, is working as a shopgirl in Shanghai, while Yang Zheng, about to be divorced, is a car mechanic in Beijing. Neither has seen the other for over a decade, but they both attend a 10th anniversary college reunion in Shanghai organised by their friend Jiawei. They end up spending a whole night together, recalling past times and re-igniting old fires. III: Yang Zheng traces a drunken happy-birthday call from Wenhui to Bordeaux, and flies from Beijing to see her for the first time in over a decade. At Bordeaux train station, Wenhui is waiting to welcome Chuchu, the mistress of her boss Pan Xiao,  head of specialist wine retailer YH Global. Wenhui introduces Yang as her boyfriend. She later tells Yang that Pan is actually her husband, not her boss. With Pan temporarily away, Wenhui, Yang and Chuchu spend time together.

After a fast turn on the night road, cabbie Wu Tao drives right into the Yangtze River and apparently drowns, though his body is nowhere to be found. His passenger, club hostess Su Dan, is left with a severely fractured leg. Unable to pay mounting hospital bills but determined to take responsibility, Wu Tao’s wife Li decides to take in Su Dan, and care for her during recuperation. Though Li’s angsty teenaged son Xiao Chuan is initially less than thrilled with the loud and demanding guest, some odd semblance of normalcy settles while relationships change; Li befriends a younger man, and Xiao Chuan falls for the older Su Dan. But as the days pass in that hot and cramped flat, the ambiguous connections and unspoken tensions among the increasingly infatuated Xiao Chuan and the mutually weary Su Dan and Li begin to drive lives in unexpected directions, and hearts to unanswered questions. Spring Subway and Curiosity Kills the Cat director Zhang Yibai helms the intriguingly titled and even more intriguingly told Mainland Chinese drama Lost, Indulgence. Set amid the rapid industrialization and hellfire heat of Chongqing, the film stars Eric Tsang, Eason Chan, Karen Mok, and Karen Mok’s legs, as well as Mainland actress Jiang Wenli and newcomer Tan Jianci. Though framed by a plot puzzle that pushes and pulls from all directions, Lost, Indulgence maintains a solid, subtle, and engaging narrative core revolving around the emergent relationships and identities of each character. Jiang Wenli and Karen Mok, in particular, delivering outstanding performances as two very different women who may share more than they say. Indeed, Lost, Indulgence is the rare film in which what is not revealed is as, and perhaps more, important than what is. 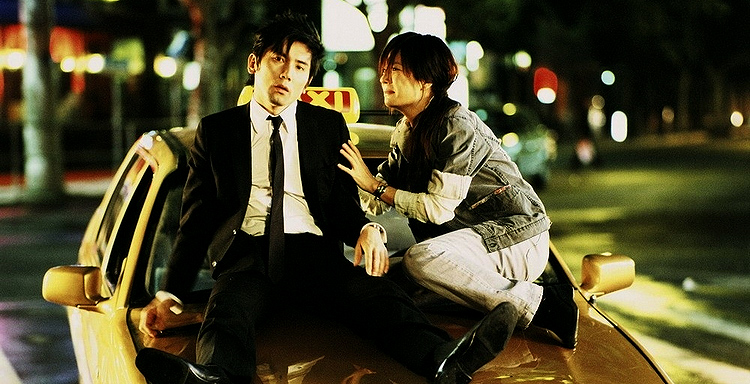 A successful Japanese make-up artist collides with a tough-talking Shanghai taxi driver in this romantic dramedy that twists traditional roles by making the beauty expert a male and the cab driver a feisty female. Although he works in a glamorous industry, Naoki Mizushima can’t help but notice that his life is anything but beautiful. Can the uncouth Lin Xi help him make over his life for the better? 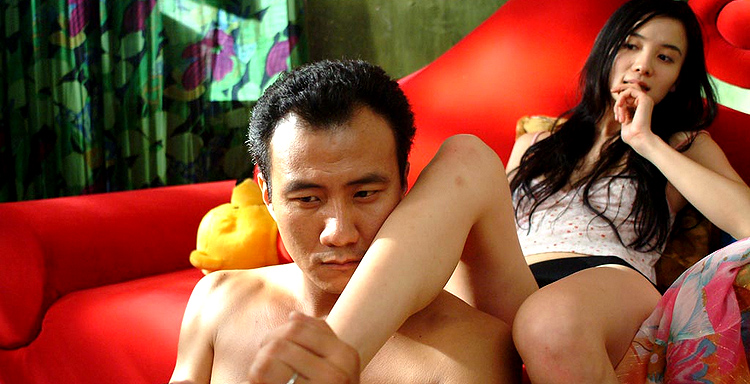 Director Zhang Yibai’s second feature-length movie Curiosity Kills the Cat became a hot topic in Mainland China when it applied to the government’s Film Administration Bureau for the Oscar bid, hoping to represent China in the Academy Awards in 2007. The movie stars Hong Kong actress Carina Lau and award-winning actor Hu Jun from Mainland China. Huo Xin, co-writer of the hugely popular Stephen Chow movie Kung Fu Hustle, pens the script of this thriller. Carina Lau plays rich housewife Mrs. Zheng who seems to know nothing about her husband’s affair with a young lady who just moved into their residential building. Deep down, her curiosity, plus woman’s intuition perhaps, has led her to uncover the truth, but she is not aware of the price of being curious.

A man rides home through a war-ridden city. A letter waits for him at home. It’s a letter written by a woman before her death. In it, she tells him that she loves him, a lifelong passion that hasn’t lessened with time, but of which he knew nothing. She recounts their short but passionate young love – to him, simply one more brief romance among many; the difficulties she had in raising their child; and their final meeting, at which he didn’t recognize her. Now that she has lost her son (the only thread linking her to the man she loved), she no longer has the strength to live on… Shaken by the letter, the man searches his memory for the nameless woman.

After Xiao Yu’s mother died in an accident, she moved back to live with her birth father who she knows little about. Gradually, they grew to know each other and to accept each other for who they are. They share the unconditional love between a daughter and a father through their happiness and their difficulties.

Director Zhang Yibai makes an impressive debut with Spring Subway, a stylish urban romance about the silent suffering of a modern Chinese couple. Geng Le is Jianbin, a recently unemployed Beijing urbanite whose marriage to designer Xiaohui is hitting a difficult patch after nearly seven years of matrimony. Xiaohui finds friendship – and possibly more – with a customer, while Jianbin keeps up appearances by going to work every morning and riding the Beijing subway all day. On the subway, life continues for him, as he views various couples falling in and out of love. He even becomes emotionally involved with a schoolteacher, and slowly the wall of silence between the married couple becomes ever more impenetrable. Zhang Yibai finds rich territory for exploration among these emotionally-stilted modern Chinese, who might be able to make their lives work if only they could communicate. Shot with stylish, enthralling cinematic panache, Spring Subway is an offbeat and stunning work from an important new voice in Chinese cinema.