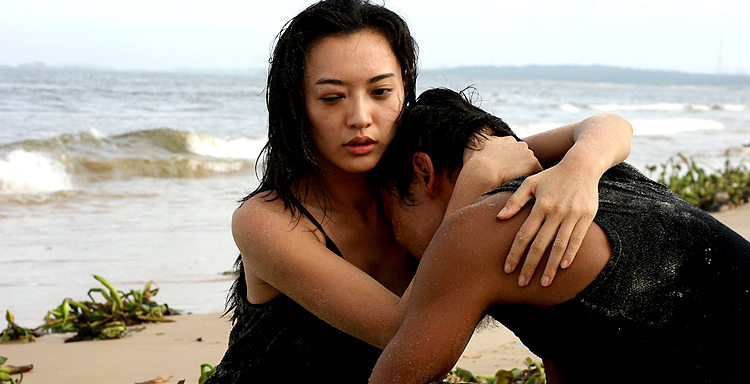 Wong Yiu was a very shameless person and a blackmailer until one day he met a waitress named Ni Chen. He thought Ni Chen was like any other girls that could be controlled by him, but her stubbornness was way beyond his imagination. As time goes by, they both lost their ways and losing themselves in the process. He was not as free as he once was. Insanity causes him to end her life. Eight years later, Wong Yiu stepped out from the jail. He carried a gun and went to look for Ni Chen’s mother at her home wishing to fulfill his own will.

There are two ways to take on Li Yang’s potent, concise Blind Mountain, and both have horns: as the howling social-critique screed it was intended to be, and as a Chinese realist version of the “white trash” exploitation epics of the American ’60s and ’70s — which makes the dynamic of the story universally human, not exclusively Chinese. But Chinese it is in actuality, through and through: simply put, unemployed college grad Bai accepts a job to collect medicinal herbs in the remote northern country, and after landing in a secluded village wakes up to find herself literally sold into slavery, as a bought-and-paid-for bride for a local ne’er-do-well.

This is a story about a family living beside a river. Like all the other families, every member of the family seems close to each other. But in fact they are miles apart, and everyone has a secret that they cannot share. The retried policeman Lao Li and his family members with is or her own character all want to have a special life for themselves. They get together in this family and create their own stories. Water in the river is flowing day and night, and life is just like a river. You can only move on without stopping. Never themes, it seems that people in the story are getting something in their hearts at a particular moment. Is that Joy? Or is that sorrow? 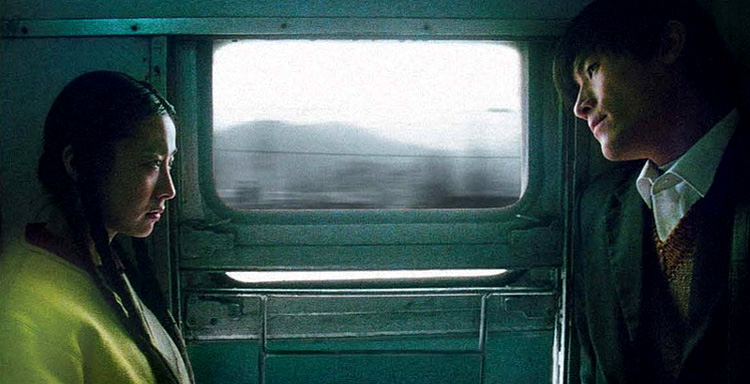 A boy and a girl having failed their university exam try to take another path in life by believing in miraculous solutions in the big city. With their parents’ money meant for buying books, they set off for a long journey to seek fortune.

Two stories are intercut: In one, an old woman searches frantically for her missing grandson; in the other, a teenage boy’s grandfather disappears. Lee Kang-sheng’s The Missing is a sad and haunting film which builds very slowly to an obscure symbolic ending, making you want to watch it again right away in order to view it in a different light. While not quite living up to the standard of the best work of Lee’s esteemed mentor Tsai Ming-liang, The Missing is an admirable debut. The city of Taipei becomes an alienating dystopia in this minimalist directorial debut from Taiwanese actor Lee Kang-sheng. A grandmother loses her grandson in a park and spends the remainder of the day searching for him. Meanwhile, a troubled teenager’s grandfather similarly disappears. The two searchers wander the city until, eventually, their paths cross. The Missing shared the New Currents award with the Iranian film Tiny Snowflakes at the 2003 Pusan International Film Festival.

Two Chinese coal miners have hit upon the perfect scam: murder one of their fellow mine workers, make the death look like an accident, and extort money from the boss to keep the incident hushed up. For their latest “mark,” they choose a naive teenager from a small village, and as they prepare to carry out their newest plan, things start to get complicated…

The story is set in Beijing. It is about the relationship between a young man and a city girl, neither of whom has had a proper family life. The young man, Chen Mo, was brought up by his elder brother as his parents died young. The girl, Meiting, lived with her uncle and aunt, but left because she was ill-treated. Chen is kind to her, but she can’t stand living in a small room and runs away to become a whore. Chen loses his savings looking for her and dies after an accidental stabbing.